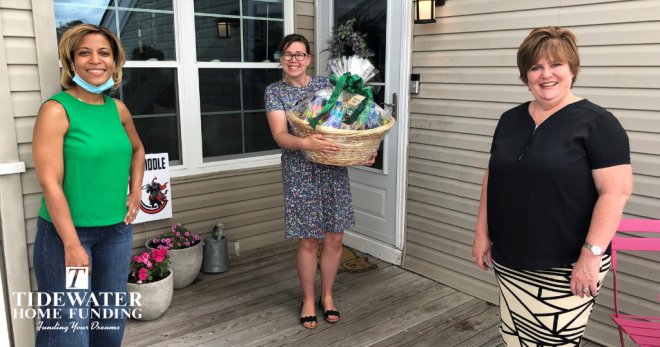 When you’re in the early stages of building your financial future, you’re often left wondering if homeownership is an attainable dream.

Meet Anne Griggs. After spending several years traveling and serving others, Anne craved a place to finally call her own. Unsure of where or who to turn to to start the process, Anne took the plunge and discovered our partnership with Virginia Housing (VHDA) was the answer.

VHDA loan programs are designed specifically for first-time homebuyers, like Anne. Their homeownership programs and educational resources made it easy for Anne to feel comfortable and make the leap between renting and owning, helping her to achieve this important milestone. Here’s how VHDA’s programs helped turn Anne’s dream into a reality.

“For a huge portion of my life, I’ve made a promise to myself: if the world can open my eyes to see beyond what I know, I’ll follow it anywhere. Sounds simple, right? I thought so too. The reality, though, couldn’t be further from ‘simple’.”

“That promise has led me on indescribable journeys all over the world – from performing in premiere performance venues all across Argentina, to researching in Rwanda and Uganda, to teaching in Ghana. Despite all of those amazing corners of the earth I’ve felt called to, though, my favorite place that 2016 promise I made led me to is my “home-base” in Virginia Beach.”

“When I dedicated myself to serving others and my community, I was in the beginning stages of a bachelor’s degree in music education. In spring 2019, I finished that degree with an impeccable transcript and glowing resume. When I started the job hunt, though, I was faced with some difficulty. The process taught me so many things, but most importantly, it helped remind me of that promise I made, and led me to believe that despite everything I didn’t get in the process, the world never let me miss out on what I was meant for.”

“It was almost a year ago to date that I got the call inviting me to join the faculty at a middle school here in Virginia Beach, almost a year since agreeing to move four hours away from the life I knew to start a career. From the beginning, I knew this was home. I’ve never lived and worked in a community that I felt so at peace in! Since moving, I’ve enjoyed a year full of impacting others and making a difference in the lives of my students.”

“About 6 months into living and working at the beach, I felt called to settle and work on putting down roots. After months of going back and forth about if it was even possible to purchase property as a “just-out-of-college 22 year old”, I reminded myself of that promise I made to myself to go where I feel most called. So, I took the plunge reached out to a local realtor after collecting many recommendations, and got the process started. It was on that day that things got started that I was introduced to Michelle Phillips at Tidewater Home Funding. I knew from the very moment we spoke that I was in good hands! The process moved quicker than I could’ve ever expected, and while the team worked tirelessly to help me find my dream home and make owning property a reality, they never once pressured me into moving too quickly or towards something that wasn’t just perfect.”

“Only a few weeks after starting the process, I put in an offer on a condo here in the beach, which was accepted a few hours later. Michelle Phillips and the whole team at Tidewater Home Funding worked from there on out tirelessly to make the loan application and closing process as smooth as possible. On June 1st, only a few days shy of my one-year anniversary in Virginia Beach, I closed on my first home.” 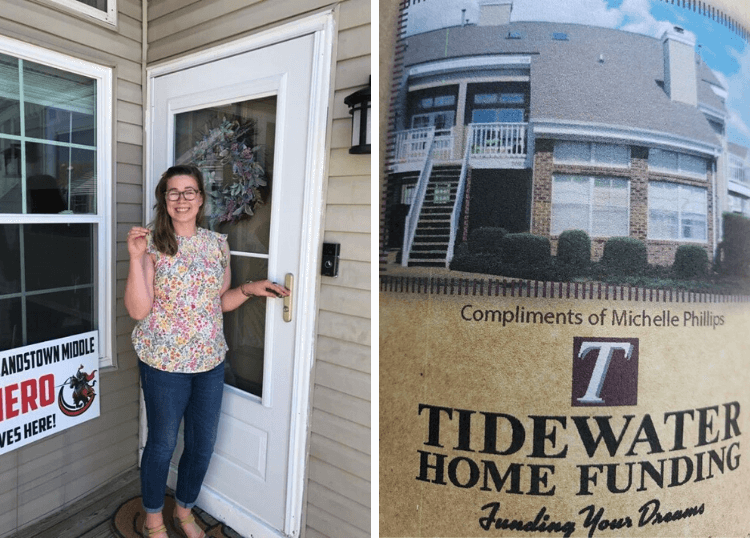 “For someone who loves traveling, serving others, and dedicating her life to bettering her community, owning a home means more than I could ever write. It means having somewhere that’s mine to come back to after long days and months of tireless work. It means planting roots in a community that I’ve fallen head over heels in love with. It means another step towards building a life that I’m proud of. It means that I’m dedicating myself long-term to a home, after more than 10 moves in the past 5 years.”

“I’m not sure any testimonial or written review could ever accurately depict the pride and joy I feel owning property. I do know, though, that I’ll be forever indebted to the team - including the VHDA, who helped make the dream a reality – the team that worked around the clock to build this story that I’m so proud of. I’m grateful for the way the world orchestrated our paths to cross!”

Tidewater Home Funding thanks Anne Griggs for sharing her story, and Virginia Housing for their ongoing partnership.