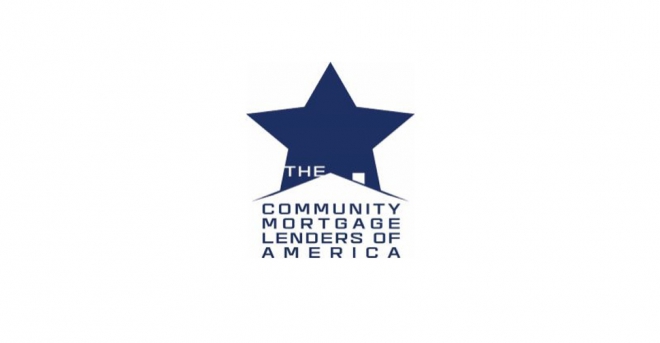 Washington - In 2012, THE CMLA became the first Washington, DC trade organization to insist that Fannie Mae and Freddie Mac survive and become utilities, and not get dismantled in favor of the TBTF banks and Wall Street taking over the US Secondary. Since that time, the Washington consensus has moved sharply towards this common-sense position.

Kim Curtis, Chair of The CMLA and President of Tidewater Home Funding added, “The goal of THE CMLA has always been a level playing field throughout the industry, such that midsize and small lenders have a secondary market allowing them to thrive while they serve Main Street.”

The focus of The Community Mortgage Lenders of America’s 2012 White Paper is to move both Fannie Mae and Freddie Mac to regulated utilities, allowing them to retain earnings with continued government oversight, thus enhancing market stability while reducing tax-payer risk.

“It is a sound plan and one that we feel can generate bipartisan support moving forward,” said Ed Wallace, THE CMLA’s Executive Director. “Current law does require a capital restoration plan, and frankly this should have happened long, long ago. It is time to move forward. We want the solid foundation of the market to remain intact and build on the structures that allow all parties equal access instead of allowing TBTF banks and Wall Street to dictate the market. I think we have already seen what happens when that takes place.”

THE Community Mortgage Lenders of America is dedicated to strong representation ensuring the concerns of our members are heard as policy makers address pivotal issues in housing finance regulations. THE CMLA prides itself on being at the forefront, advocating for the issues and concerns which effect its members but also continually reviewing upcoming regulatory and legislative issues.

The entire policy can be read by going to www.thecmla.com.